Made at the imperial kilns of Jingdezhen, this dish is decorated with three bunches of grapes and leaves growing from a single vine stem, one of the great classic patterns of the early Ming Dynasty. Chinese porcelain was highly valued at Islamic courts and this dish has a particularly prestigious provenance. A 16th century inscription reveals the first recorded owner as Mahin Bahu Khanum, daughter of Shah Isma’il I, the founder of the Safavid Empire, while a second inscription from 1644 shows that it was later in the collection of the Mughal emperor Shah Jahan, who is perhaps most renowned for having commissioned the Taj Mahal. 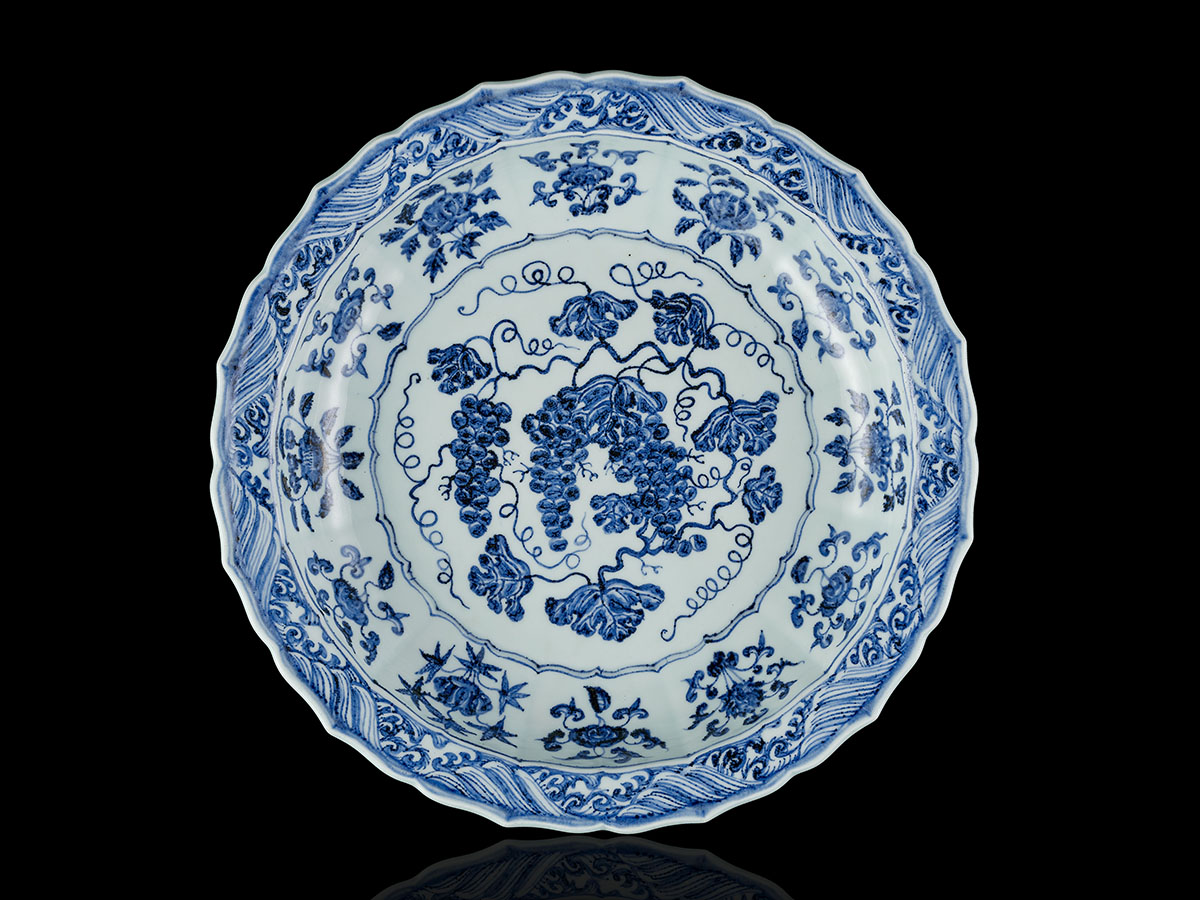