This medieval head carved from chalcedony is most likely from the court workshop of Frederick II Hohenstaufen who was crowned Holy Roman Emperor in 1220. It was remounted on a silver-gilt bust in the late 16th century, the lavishness of which is a testament to the value attached to this particular piece. 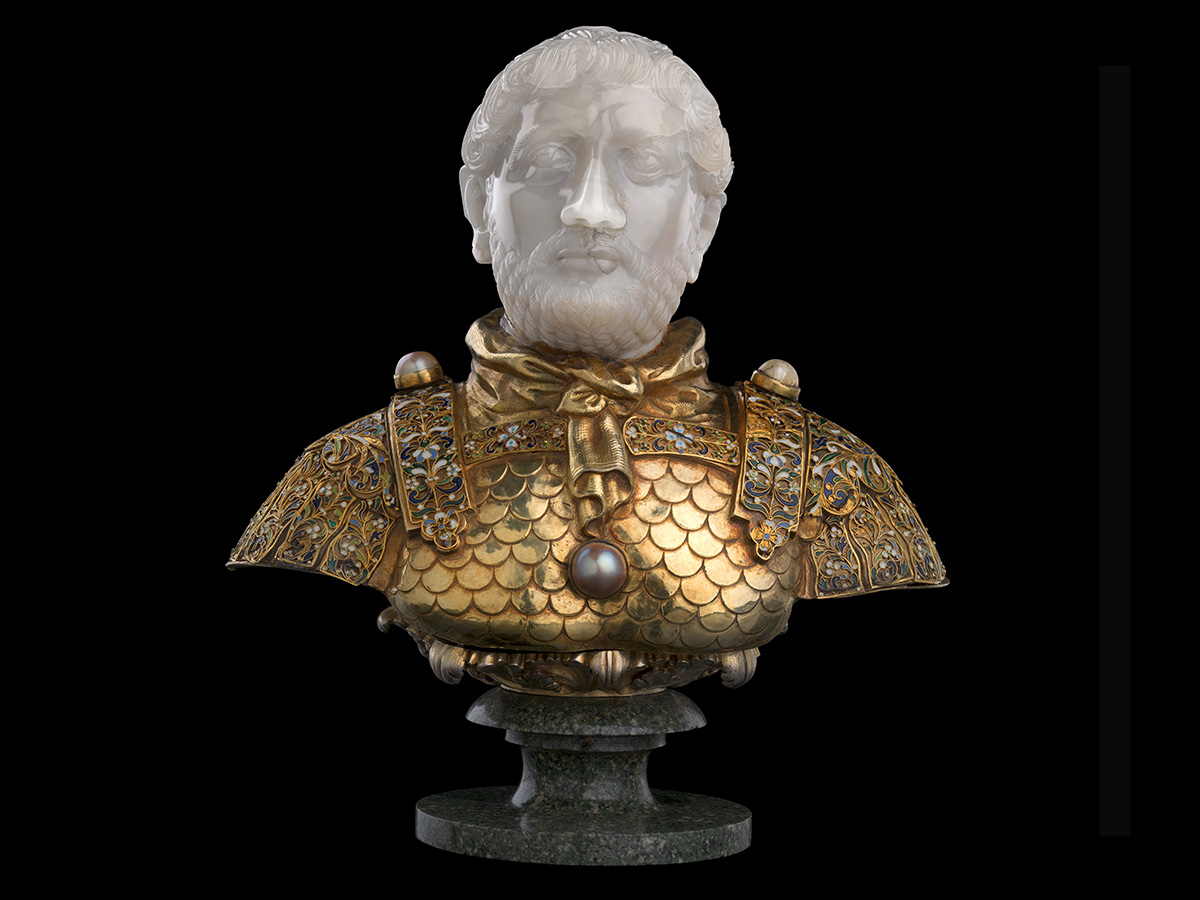