Over the course of the 200 years during which it occupied the building, the French navy left a considerable mark on the edifice that had housed the Garde-Meuble de la Couronne. Naturally, sailors enlarged and refitted the premises according to their needs and technical changes in work (electricity, telephone, internet, etc.). Yet they also redesigned the decor of this monument, which today still pays tribute to the strength of the French navy.

The gallery of military ports

When you hear the word ‘navy’, do you think ‘port’? In a gallery overlooking the court of honour, military ports are the focus of a sculpted wood decor dating back to the years 1867 to 1870. This colonial-style gallery gives pride of place to France’s five main military ports at the time: Cherbourg, Brest, Lorient, Rochefort and Toulon.

Their names are written in golden medallions on wooden panels painted to look like ebony or mahogany.

All the medallions are identical and capped with a star, except the one representing Rochefort, which is the other way round and capped with the monogram ‘N’ finely intertwined with the figure ‘3’, symbolising Napoleon III. Thanks to this detail, we can determine that this decor was made under the French Second Empire. 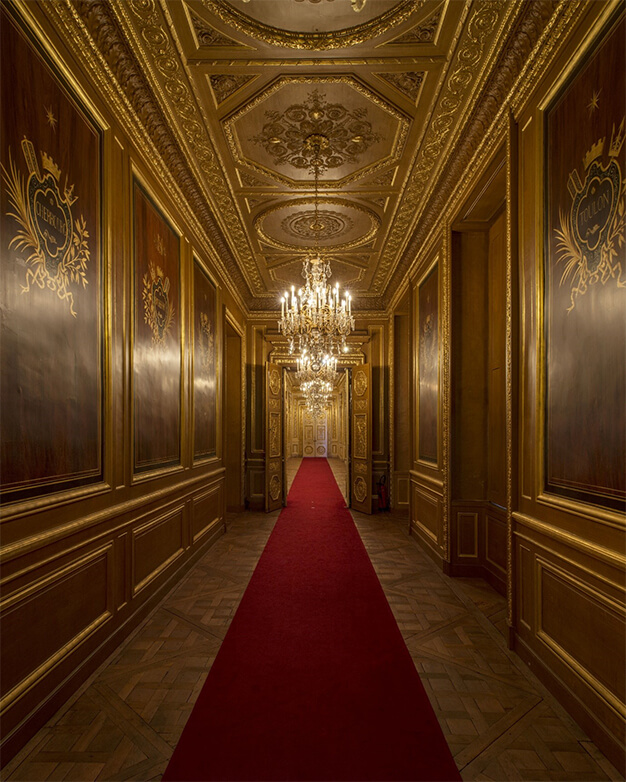 The gallery of military ports at the Hôtel de la Marine, overlooking the court of honour

The staircase of honour

The staircase of honour is a central feature in the building. It would be taken by all prestigious guests coming to the Hôtel de la Marine, especially for the many balls held in the building throughout the 19th century.

So it is not surprising that the French navy placed its mark on the staircase’s guardrail, with two large medallions representing an anchor intertwined with two dolphins. 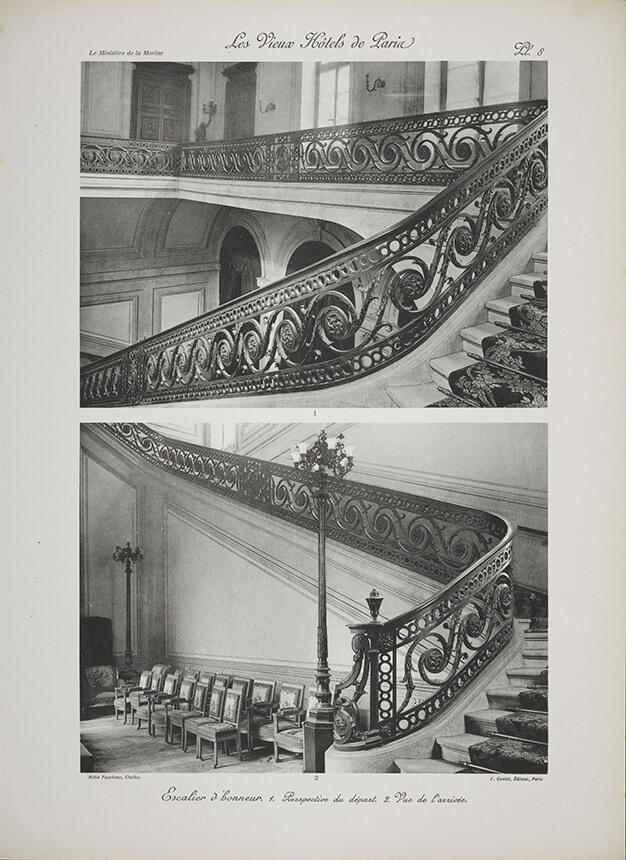 The salons of honour

In the first half of the 19th century, successive ministers tried to adjust the former gallery of furniture to suit their needs. At the time of the Garde-Meuble de la Couronne, this gallery was used to exhibit large items of furniture for the public. So it was very wide and not really practical.

After many aborted attempts, Admiral Mackau, appointed navy minister in 1843, set in motion a large-scale campaign to restore this gallery and turn it into a reception room and a grand dining room.

The decoration of these rooms was sumptuous: white panels brought out gold sculpted wooden decor. The fireplaces around the set of rooms were given mirrors above them, which reflected the chandeliers and gold decoration on the ceilings.

These rooms became the perfect backdrop to all prestigious events organised by the French state or navy ministers throughout the 19th and 20th centuries. 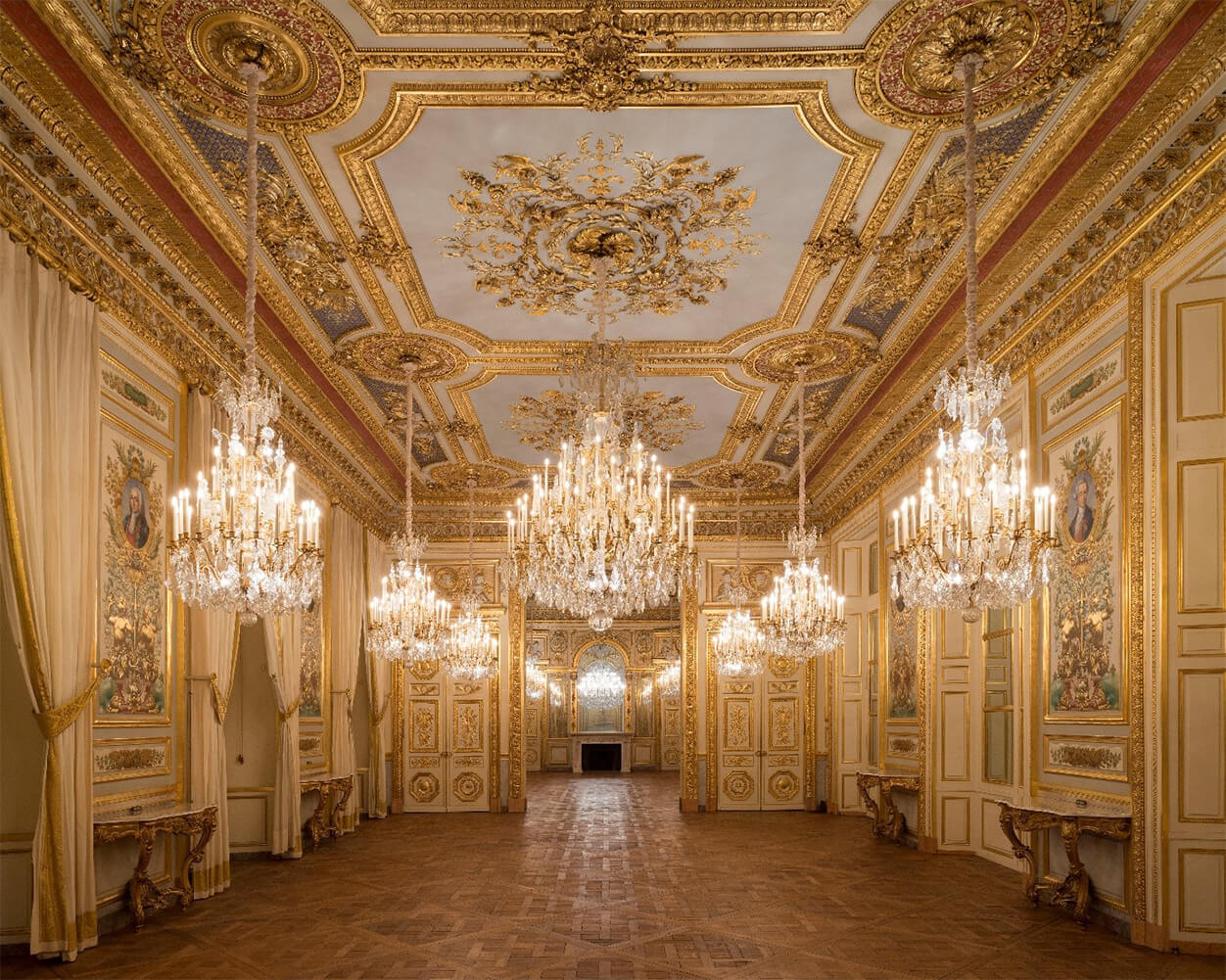 The admirals room and the salon of honour have featured their current decoration since 1843.

Within the series of decorations in these salons of honour, we can see many references to the French navy and its influence:

The portraits of great naval seafarers

On the walls are portraits of famous admirals under the Ancien Régime: 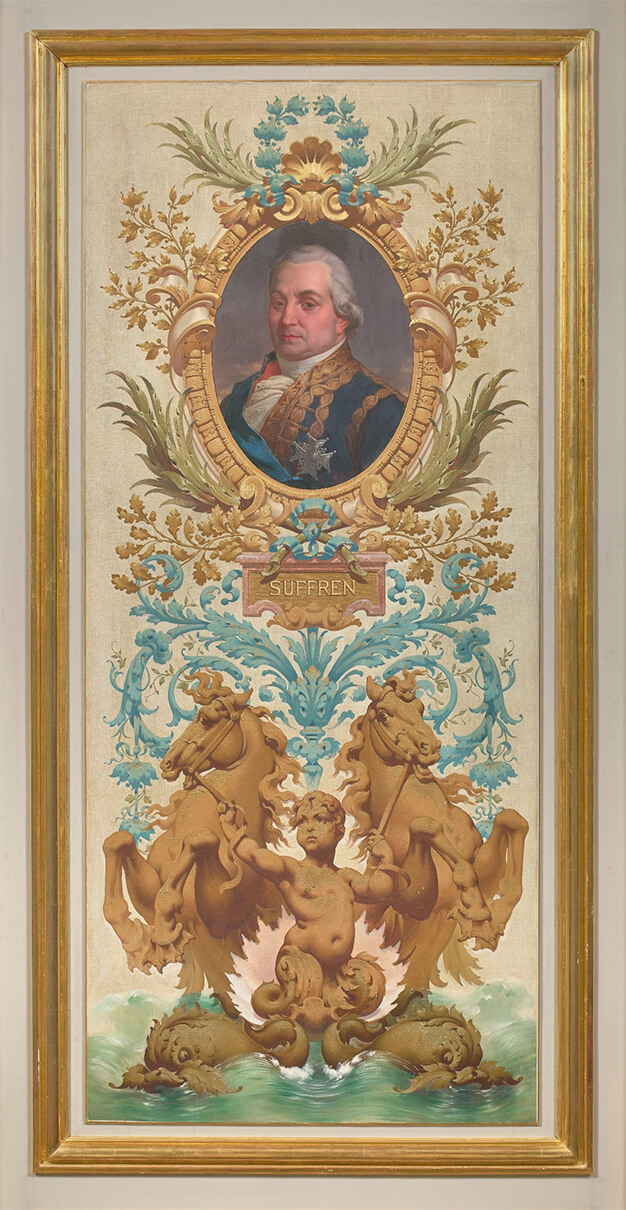 However, the marks that are the most subtle, even though they are omnipresent, of the French navy’s time inside the building are undoubtedly the many anchors, whether intertwined with fish and dolphins or not, and cornucopias found throughout the monument’s decor.

Especially in the salons of honour, we can see cornucopias on the doors, ship bows in the ceiling decor, mermaids on the mirror frames and more. 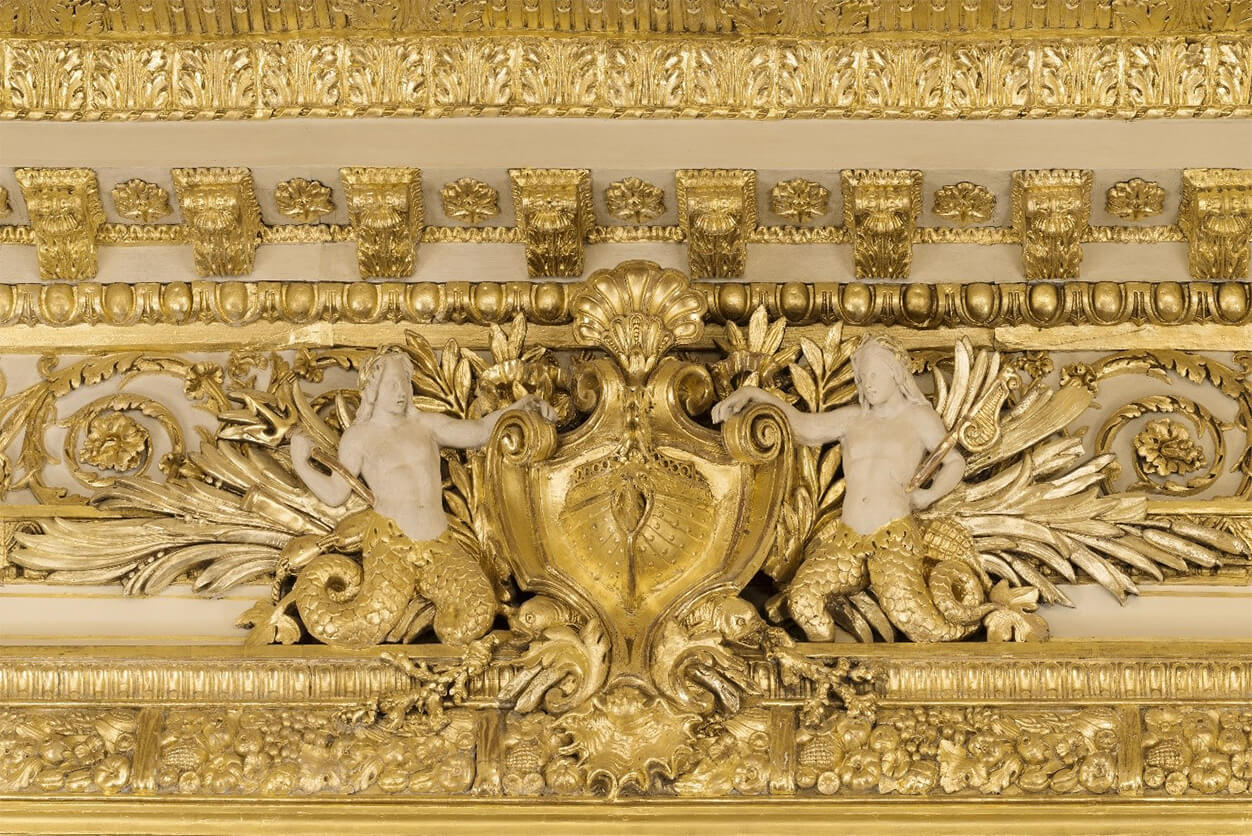 Though the French navy left these premises in 2015, reminders of its 226 years spent there are still visible today. Come and discover the many maritime symbols in the sumptuous decor of the reception rooms of the Hôtel de la Marine, as well as the former office of the chief of staff where the navigation table traces the expeditions of France’s greatest seafarers!