There are no dungeons or squalid isolation cells in this monument! However, the Hôtel de la Marine does have its fair share of unusual spots and secret passages. Here we take you on a tour of the building’s six most surprising places.

It was around Place de la Concorde and Place de l'Opéra that the final conflicts to liberate Paris took place in August 1944.

At that time, the Hôtel de la Marine was being used as the German navy’s headquarters. Many Nazi soldiers were still taking refuge there, especially in the corner reception room of the Intendant’s apartment on the first floor. Indeed, because it was at the corner where Rue de Rivoli meets Place de la Concorde, it offered a strategic position to watch for the arrival of French fighters. Hidden behind the building’s inside shutters, the Germans would discreetly observe their enemies through a peephole cut out in the middle of the shutter. 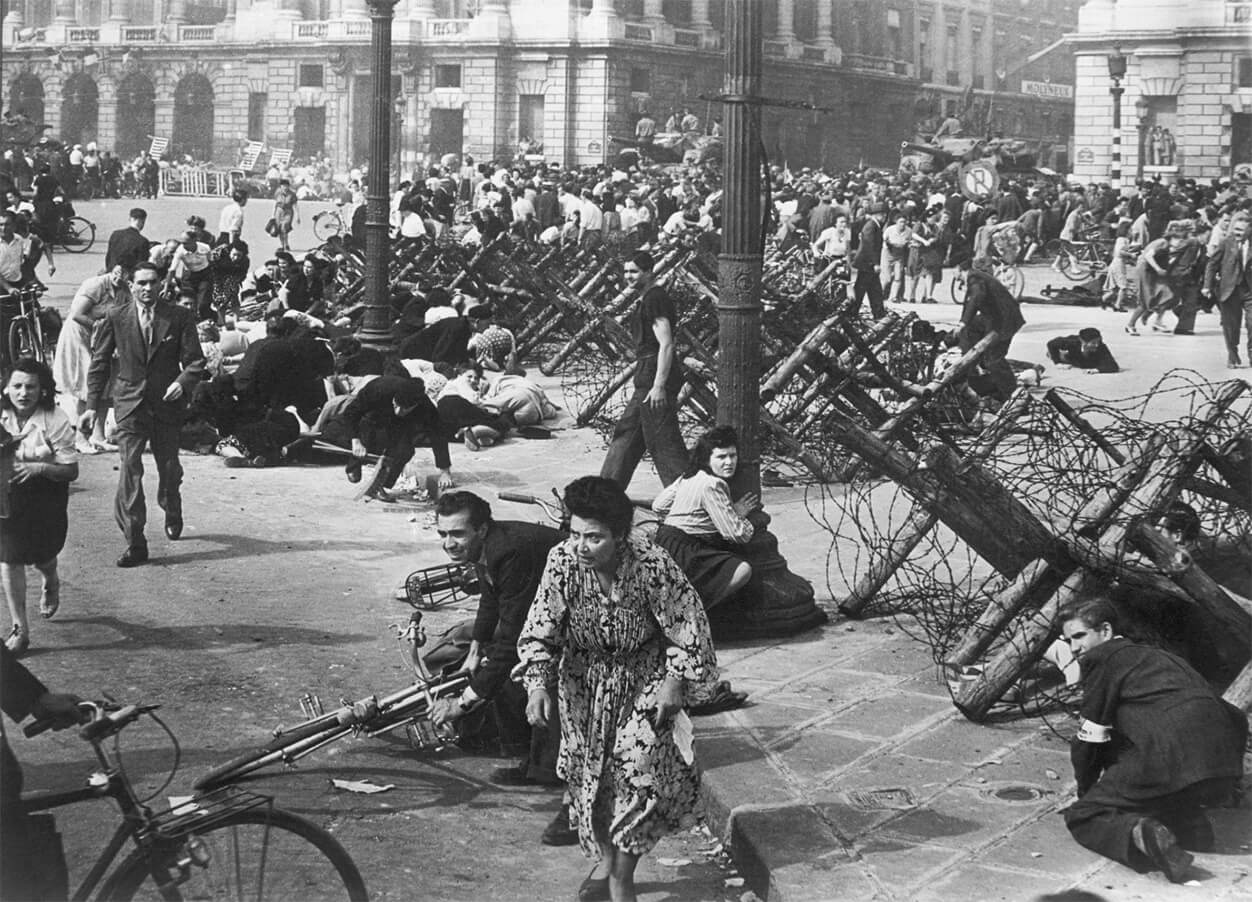 Pierre-Élisabeth de Fontanieu, the first Intendant of the Garde-Meuble de la Couronne to live in the Hôtel de la Marine, was a bachelor known for his taste for opera women of loose morals. He ordered the development of this cosy private room, which revealed his penchant for licentiousness.

You reach this room through his bedroom to find large wall mirrors there, framed with magnificent golden sculpted decors. The mirrors are painted with floral decors, bird decors, decors of women and decors featuring little chubby cherubs. Yet at first, decors of unclad women standing on pedestals, not cherubs, adorned these mirrors! It was the wife of Marc-Antoine Thierry de Ville d'Avray, who succeeded Fontanieu as Intendant, who altered the paintings out of prudery. The decor remained nonetheless delicate and seductive. 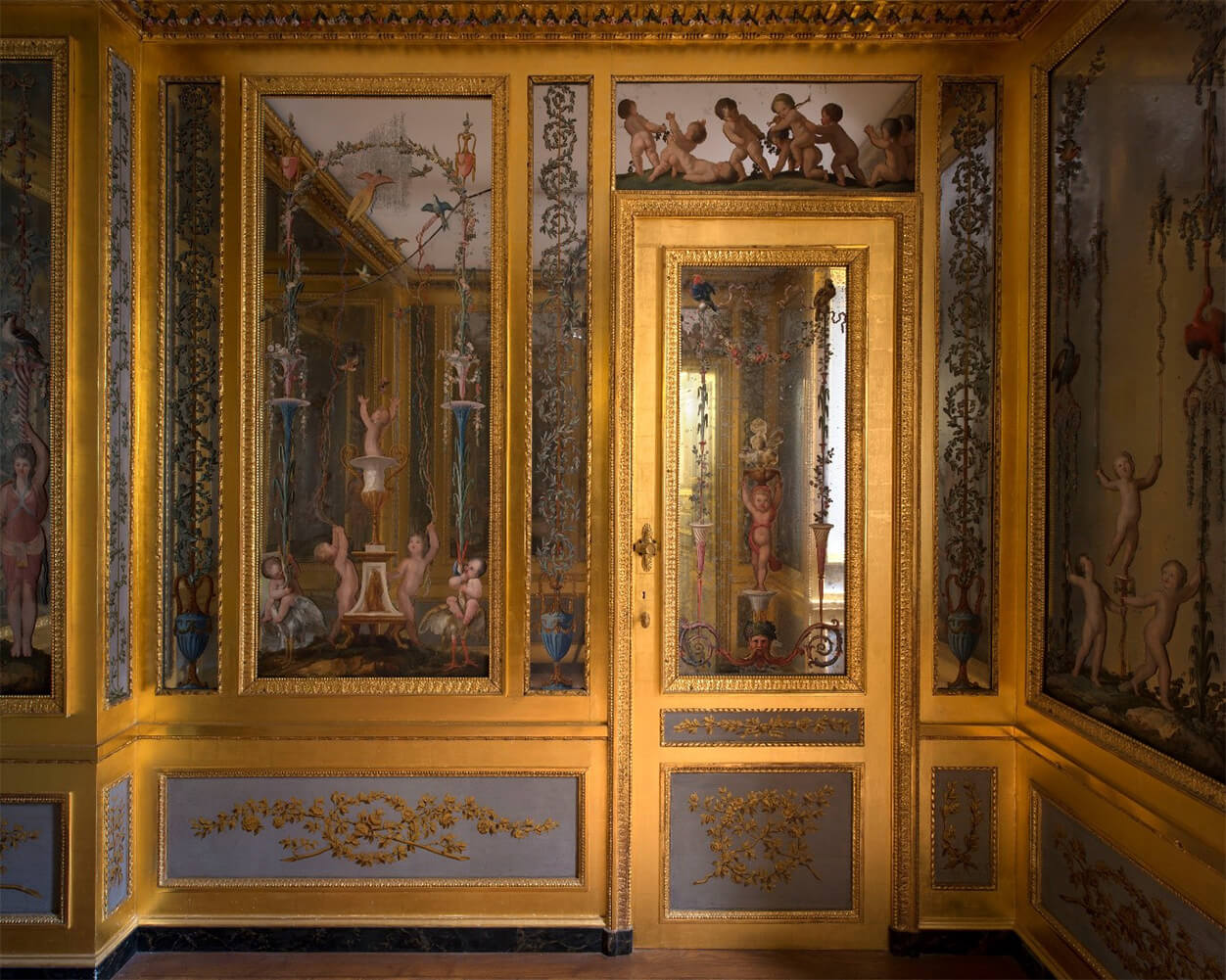 The mirrors room, which can be reached directly from the bedroom of Pierre-Élisabeth de Fontanieu

Spying on the diplomatic room

There is no diplomacy without spies!

The walls of the diplomatic room of the Hôtel de la Marine must have kept many secrets. But did you know that they could share them too? Indeed, behind the wall running along the fireplace was a cramped hiding place from where a prying ear could eavesdrop on debates, which were doubtless heated and which took placed in the diplomatic room. However, claustrophobes were advised to stay out of this hiding spot! 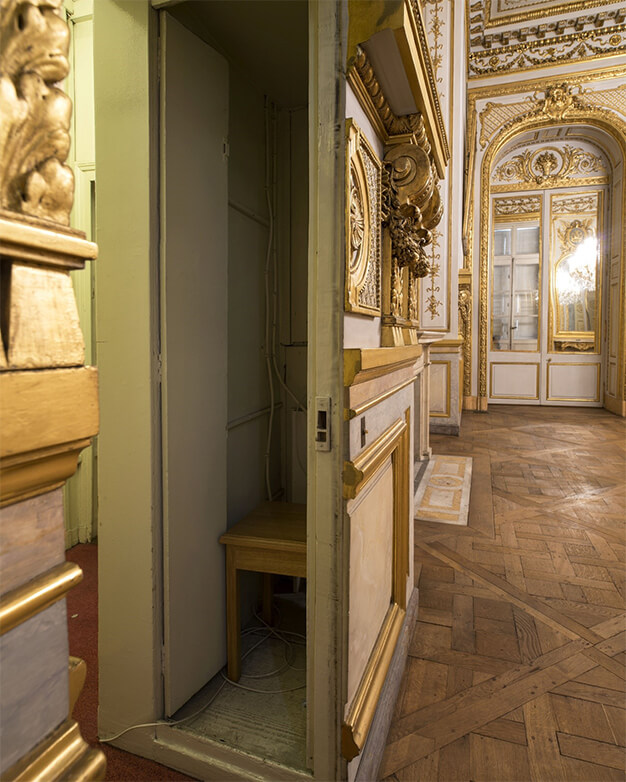 The so-called spying room within the diplomatic room

The traces of a spectacular robbery

One night of September 1792, one of the most momentous thefts in French history took place. Around 40 bandits got inside the palace of the Garde-Meuble de la Couronne and stole the Crown Jewels.

Under the cover of night, they scaled the facade of the building to hoist themselves up onto the loggia overlooking Place de la Concorde. From there, they were able to calmly break a shutter to enter the reception room where the jewels were kept.

The building still bears the scars of this robbery, on the shutter that was damaged.

Pierre-Élisabeth de Fontanieu was a visionary. It his private apartments, he installed the latest innovations in furniture and decoration. At the time, dining rooms were still rare. People would eat in a reception room where servants would have temporarily installed a board placed on trestle supports. But how could you calmly converse with your guests amid the comings and goings of the servants getting the dinner ready? The solution was a so-called flying table that would go up and down between the reception room floor and the pantry on the floor below it using an ingenious system of ropes and pulleys!

This innovation was so expensive that even King Louis XV gave up on the idea for the Palace of Versailles.

A valet should always be ready! His responsibilities were huge. Even in the middle of the night, he had to be ready to serve his master as quickly as possible.
So when the premises of the Garde-Meuble de la Couronne were being made, and in particular the Intendant’s apartments, a small room was included on the mezzanine of the Intendant’s bedroom. This was his valet’s bedroom!

This little cramped space included just one bed. But thanks to windows through which he could see the antechamber of the Intendant’s office, this servant could react instantly, going down a narrow staircase, through a secret door and directly into his master’s apartment. Clever, wasn’t it?

Come and discover these unusual spots in a visit to the Hôtel de la Marine!