Many prestigious balls were held in the salons of honour of the Hôtel de la Marine when France’s navy ministry was headquartered there.

Here we look at four balls that were especially significant to 19th-century history. 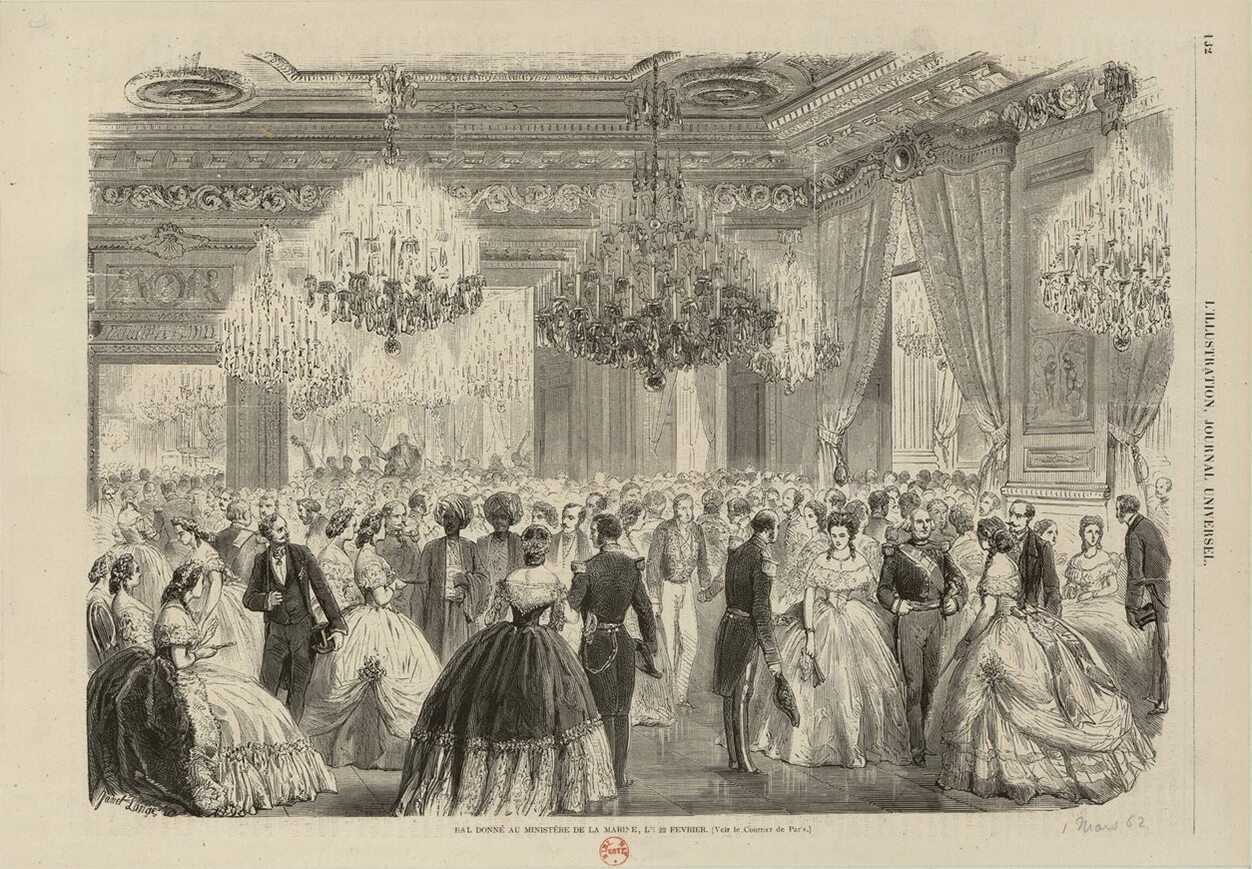 Illustration of a ball at the Hôtel de la Marine

This was the first ball held since the Reign of Terror. It heralded a renaissance in Parisian high society. On the initiative of Bonaparte, then First Consul, the navy minister invited the whole of Europe to a grand ball. The aim? To showcase France’s power and, above all, to promote the power of the French Consulate and Bonaparte!

June 1825: the Ball for the Coronation of Charles X

On 29 May 1825, Charles X, revived tradition and enjoyed a coronation as King of France in a ceremony in Reims. For the occasion, many balls were held in Paris in the weeks that followed. Leading Parisian figures were invited to lavish receptions, each event seeking to be the most sumptuous and impressive. The navy minister took part in the festivities and also held his own ball. Given the decoration and the ladies’ attire there, the guests were impressed by the splendour of the soirée, which was remarkably dazzling.

An anecdote: the lighting was provided by blue-glass lamps prominently featuring anchors.

On this day, a masquerade ball was held by the navy minister, the Marquis de Chasseloup-Laubat, in the presence of Napoleon III and Empress Eugénie. Between 1,200 and 3,000 guests came to enjoy themselves in the 18 rooms lit up and newly renovated by the minister. The Emperor and Empress appeared at 11pm, each wearing a mask, and dined in a separate dining room with 20 seated places.

The highlight of the evening was a so-called procession of nations: surrounded by a cortège, ladies in fancy dress paraded around the reception rooms to symbolise France and the different regions of the world: Europe, Asia, Africa and America. The lady representing France was dressed in a long white dress and a sash of the French flag’s three colours. In her hand, she held an olive branch, symbolising peace.

This staged procession, which the minister himself wanted, was intended to show the power of the French navy and the strength of the French Empire’s policy of colonisation.

18 October 1893: the Ball for the Russian Squadron

Following the disaster of the War of 1870, which marked the fall of the Second French Empire, the French Third Republic was looking for allies in Europe. In 1892, it signed a military cooperation agreement with Russia.

To celebrate this alliance, the navy minister held a grand dinner, followed by a ball. There were so many guests that the loggia overlooking Place de la Concorde was transformed into a ballroom, which gave guests a chance to greet the large crowd that had gathered on the square. 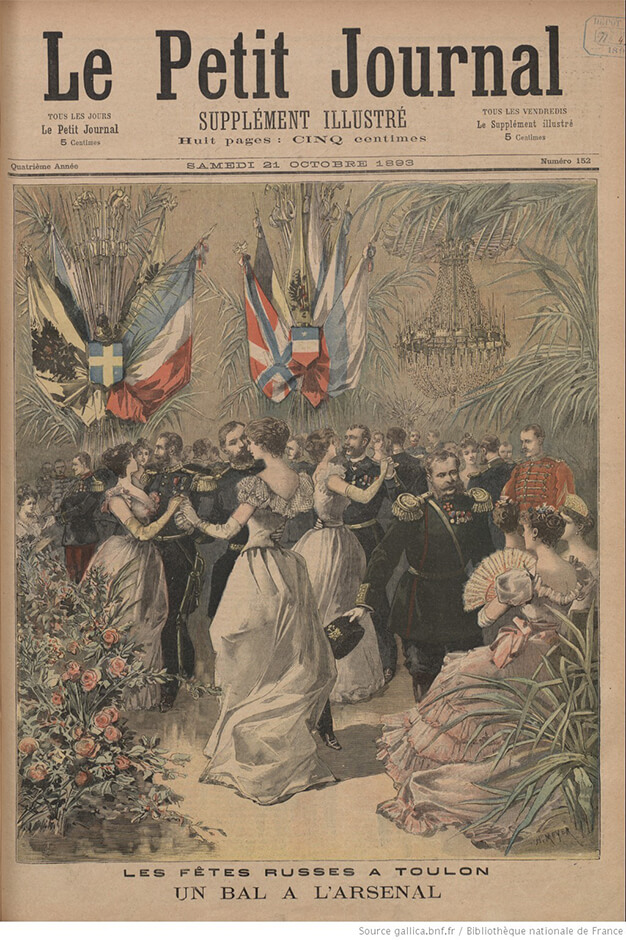 Cover of Le Petit Journal on 21 October 1893: the balls of the Arsenal

This ball was the last large reception held in the reception rooms of the Hôtel de la Marine before the First World War. Even today, the salons of honour of this monument attest to the splendour of these grand high-society balls.

Come and admire the gold decor and sparkling chandeliers: nothing better than an on-site visit to imagine twirling around in these reception rooms yourself!