It was in the office of minister François Arago in the Hôtel de la Marine that the decree to abolish slavery in the French colonies was signed on 27 April 1848 in Paris.

Victor Schœlcher, an ardent defender of human rights, was the man behind this historic date and decision.

A slow process: reaching and applying the abolition of slavery

It was a series of complex events that led to the complete and definitive abolition of slavery. A major milestone was the slave rebellion in Saint-Domingue, which occurred in 1793 and heralded Haitian independence.

In France, on 4 February 1794 (16 Pluviôse Year II in the French Revolutionary Calendar), the National Convention enacted a law abolishing slavery in the French colonies. Yet this was not followed up with any real effect and Napoleon Bonaparte repealed the law as First Consul in 1802.

It was mainly thanks to England, a country fervently opposed to slavery from the end of the 18th century, that social progress could be made at the start of the 19th century in France and Europe.

In 1815, the British put pressure on European countries to ban the slave trade, or the trade and shipping of human beings. In reality, the slave trade continued nevertheless in France, Spain and Portugal, covertly.

On 4 March 1831, a law definitively abolished the slave trade and stipulated coercive measures against slave traders. This was a great social leap forwards but not yet a full, definitive abolition of the status of slave.

Under Louis-Philippe, anti-slavery activists grew in power in politics. When the king’s reign ended, the provisional government of the French Second Republic quickly set in motion the official procedures for abolishing slavery. A commission for abolishing slavery was set up on 4 March 1848.

An implementing decree was signed on 27 April. 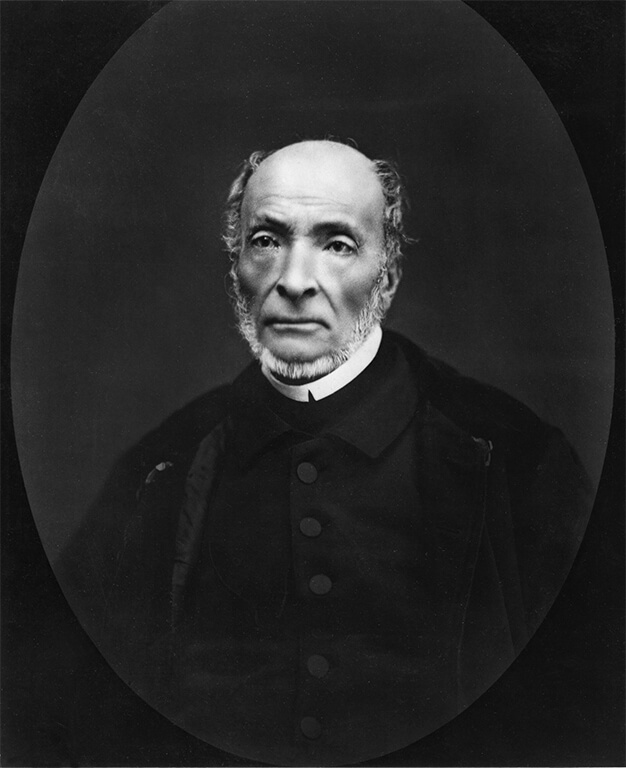 A historic signing at the Hôtel de la Marine

It was at the Hôtel de la Marine that the decree for abolishing slavery was drawn up and signed in the 19th century, as Victor Schœlcher was also under-secretary of state for the colonies and the navy.

Victor Schœlcher’s fight against the slave trade and slavery began in 1831 when he travelled to Cuba. While he was a sales representative for the family business, his discovery of the life of slaves and their working conditions unsettled him. When he returned to Paris, he became a journalist and art critic. He then committed to fighting slavery in a struggle that ended up lasting around 20 years. Through his books and articles, he asserted his convictions and gave the debate media coverage. His message was that all men were equal and should be free.

In February 1848, Victor Schœlcher was appointed under-secretary of state for the colonies and for measures concerning slavery by François Arago, minister of the colonies during the French Second Republic. Over the two months that followed, he worked on drawing up the abolition decree, which was signed in the minister’s office on the first floor of the Hôtel de la Marine at the building’s corner where Rue Royale meets Place de la Concorde.

The 12 articles of the decree abolishing slavery on 27 April 1848 definitively put an end to slavery in both mainland France and the French colonies. The decree gave former slaves full citizenship with the same rights and responsibilities as every other citizen and banned any French national living on French territory or abroad from possessing a human being.

The 1848 decree was not the first abolition of slavery in France. King Louis X had already declared that ‘all servants of the kingdom shall be granted freedom’ in 1315, five centuries before Schœlcher!

It was King Louis XIV who authorised the trade of slaves for the colonies in 1671, which marked the start of the triangular slave trade between France (and, more broadly, Europe), Africa and the colonies. 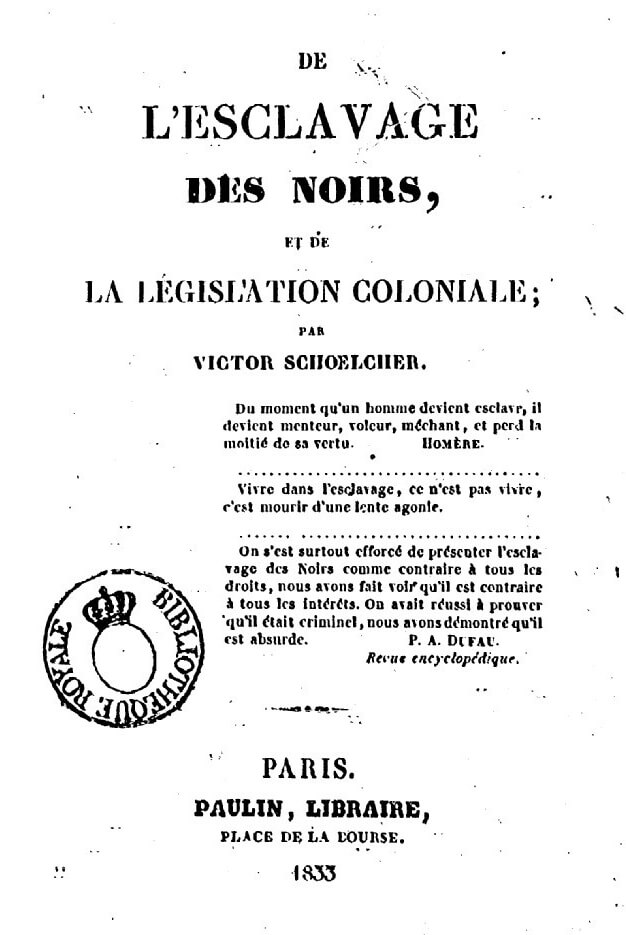 Cover of the book ‘On the Enslavement of Blacks and Colonial Legislation’, written and published by Victor Schœlcher in 1833

What about slavery today?

Sadly, we cannot consider that the fight against slavery in the world has been completely won. The last country to have outlawed the possession of human beings was Mauritania in 1981. However, today millions of men and women – and even children – still undergo exploitation that resembles slavery.