At the heart of Paris, on Place Louis XV (today’s Place de la Concorde), a remarkable palace has long stood: the Garde-Meuble de la Couronne. This is where the most beautiful masterpieces in the king’s furniture collections were stored: weapons, fabrics, tapestries, items of furniture, small bronze works and precious stones from the 18th century.

It was Pierre-Elisabeth de Fontanieu, chief steward of the Garde-Meuble de la Couronne, who developed these exhibition rooms in his institution’s brand new palace. Before, visitors could only admire the collections by going into the storage areas and warehouses. The new display of the collections was in some ways the first museum of decorative arts in Paris, boosting the image of the king and promoting the expertise of French craftsmen.

When you take the staircase of honour of this splendid town mansion, remember to observe the wrought-iron guardrail, which dates back to 1775.

The visit begins with a first reception room decorated with blue wallpaper that showcases the royal collection of stately weapons.

You can admire the most remarkable items, like the armour of the Kings of France since King Philip IV the Fair (1285–1314) or the armour worn by King Henry II during the famous tournament that proved fatal for him in 1559. 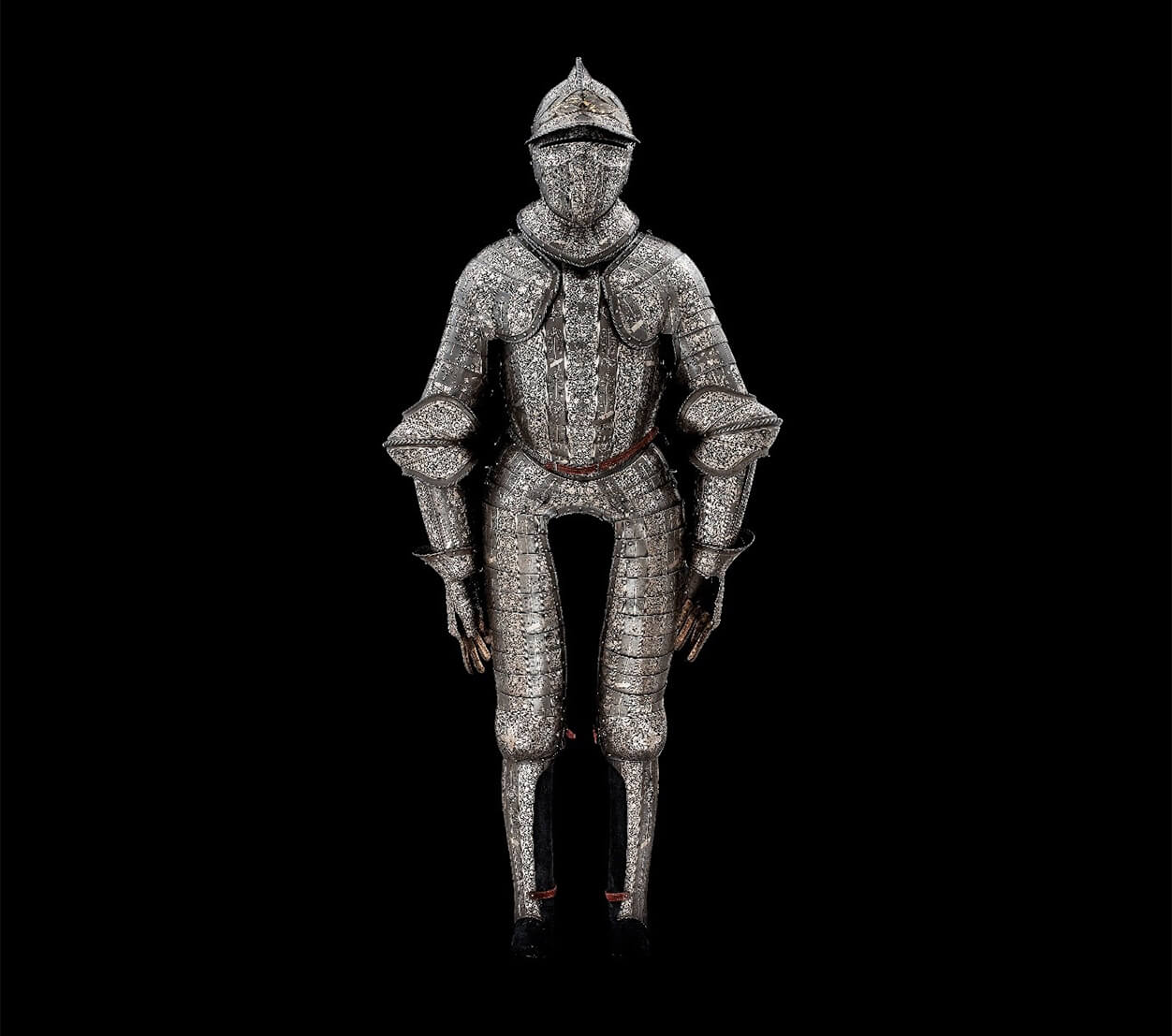 Armour that belonged to King Henry II of France

Objects from faraway countries can also be admired, like Japanese samurai armour or finely crafted cannons that the King of Siam gave King Louis XIV as a gift in 1684. 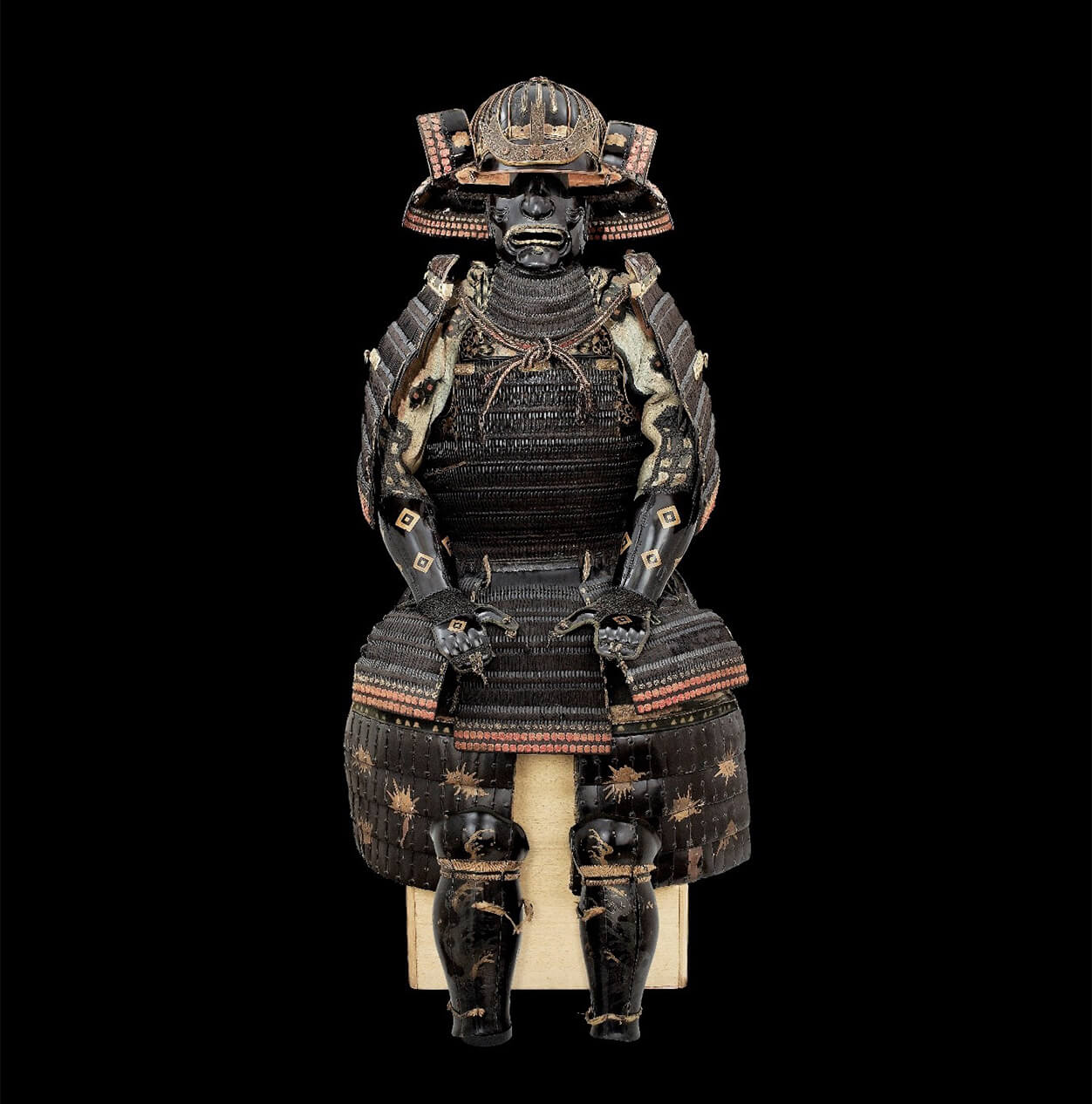 The gallery of large items of furniture

This huge gallery runs along the colonnade loggia that overlooks Place Louis XV (today’s Place de la Concorde). The wall on the other side is taken up by large wardrobes that protect the collection of precious textiles and fabrics of the Garde-Meuble de la Couronne from dust and light. When the room was opened to the public, the doors of these wardrobes would be left open so that visitors could admire the treasures they stored.

The room also displays the tapestries that best represent the royal collections, like those that King Louis XIV ordered for the Trianon Palace in Versailles, as well as items of furniture that belonged to King Francis I of France and his successors, the robe of the Order of the Holy Spirit of King Henry III of France, and more.

On either side of the gallery, two large official portraits of Kings Louis XV and Louis XVI can be admired. 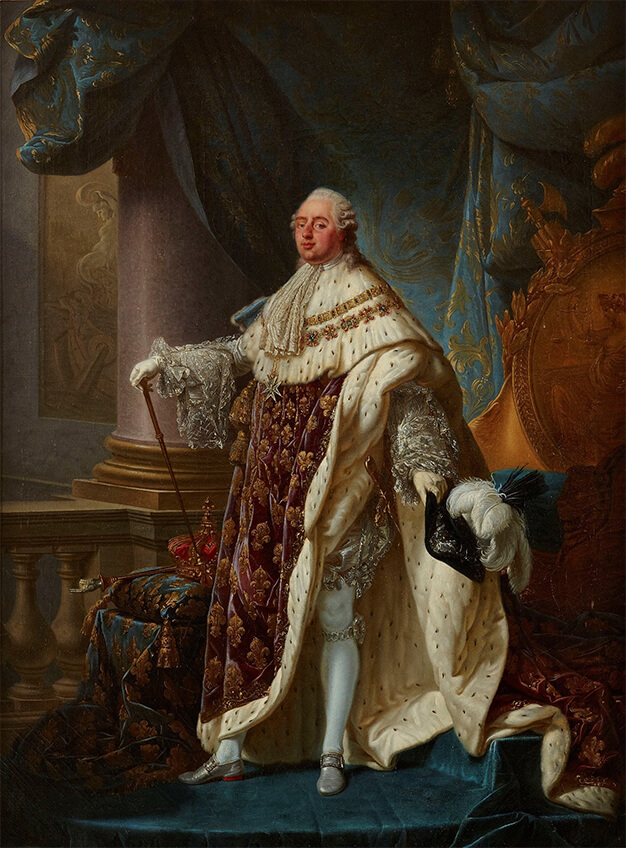 The visit continues with the high point of the tour. This reception room displays the most precious items in large glazed cupboards: 558 vases made of colourful gemstones and rock crystals.

Lastly, in an item of furniture serving as a safe, you can admire the Crown Jewels: among them are the Regent Diamond, the Sancy Diamond and the Great Sapphire of Louis XIV. An item of furniture worthy of the high quality of these collections was required. The Intendant of the Garde-Meuble de la Couronne, Marc-Antoine Thierry de Ville-d'Avray, ordered production of this item of furniture specially for displaying these gemstones. It is made up of lacquered wood panels with marquetry patterns in Florence marble.

Lastly, the visit ends with the display of bronze works. This gallery was developed in 1786 in the corridor leading away from the jewellery room with decor of ashlar in trompe l'œil style. It displays 69 bronze statues, from miniatures to grand royal monuments and marble busts.

In the 18th century, visitors would reach the royal collections on display in the Garde-Meuble de la Couronne via the Porte Royale entrance beneath the colonnade on Place Louis XV.

Entry was free on the first Tuesday of each month from April to November from 9am to 1pm.

Today, the former galleries of French decorative arts have given way to the salons of honour of the Hôtel de la Marine. However, some items of furniture that featured in the collections of the Garde-Meuble de la Couronne are exhibited in the Intendant’s apartments.

Come and see them with your own eyes.