The royal collections kept in the Garde-Meuble de la Couronne were rich: thousands of high-quality items made to furnish the king’s surroundings with all the luxury and comfort that his position demanded.

Do you know how these chairs, chests of drawers and beds were made? Come along behind the scenes of the workshops serving the king.

The stages in making the king’s furniture

It was the Intendant of the Garde-Meuble de la Couronne who would set in motion the process for creating a new item of furniture, the stages of which were as follows:

It was the craftsman who made the item of furniture who was responsible for keeping it in good condition! 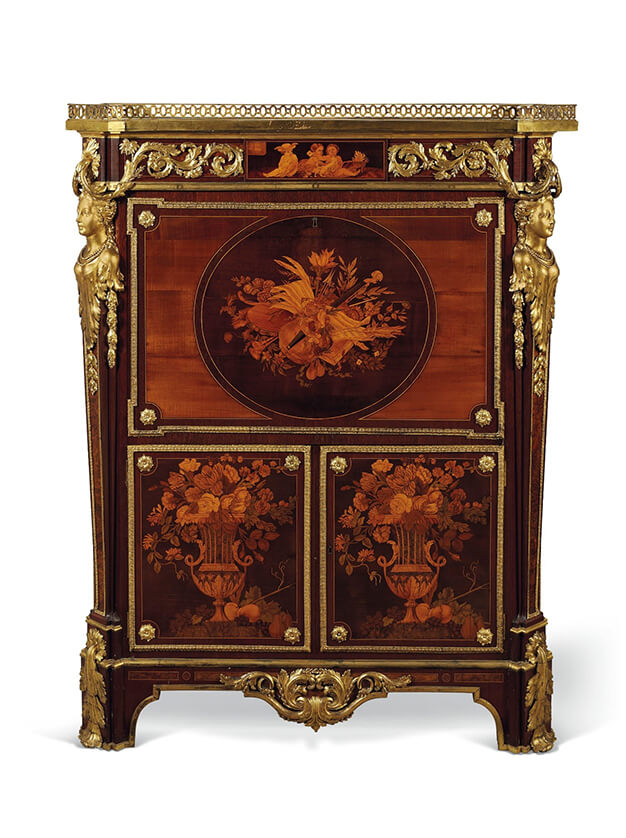 Ecologists ahead of their time

Furniture that was worn or damaged was not thrown out.

Among the upholsterers, nothing was wasted: wool used to make mattresses would be carded – a process of disentangling and airing the wool – so that it could help make other mattresses. The furnishing fabrics could be cut up to cover other items of furniture that were smaller or were of poorer quality. If they were too worn, they would also be used to make mattresses. When they were sewn with gold or silver threads, they could be burned so the metal could be salvaged.

What about the furniture? The furniture of the king’s private apartments was used a lot, so would wear down quickly. Yet there was no way that the king could live among faded, shabby or worn furniture! So, his threadbare items of furniture would be sent to the country residences or be used to furnish the apartments of minor noblemen in the royal court. They could also be sold: well-made furniture would sell very well second-hand.

It took many years of training to become a master cabinetmaker, master upholsterer or master carpenter in France.

First, a young boy aged 15 or 16 would become an apprentice in a workshop. They would be housed and fed by their master, who would undertake to teach them their trade by showing it being practised in return for a sum of money paid by the boy’s parents. The period of apprenticeship was long, lasting between four and five years on average.

When they mastered their trade well enough, an apprentice would become a compagnon. They would then make what was referred to as a masterpiece: an item of very high technical and artistic quality proving their expertise and dexterity. This was a kind of end-of-studies certificate that would turn a craftsman into a master, the title required for opening your own workshop.

Today, the training of apprentices in fine craftsmanship in France is still deeply influenced by this method of learning. This mentoring process called Compagnonnage, which has existed for more than eight centuries, is listed by UNESCO as part of the world’s intangible cultural heritage.