With the Champs-Elysées to the west, the Tuileries Garden to the east, the Rue Royale and La Madeleine church to the north, and the River Seine to the south, the location of Place de la Concorde has been strategic, not just for Paris but in French history, since it was built in the middle of the 18th century. Covering 8,64 hectares, it is also the largest square in the French capital.

Here we look back at two centuries of history.

The square’s history began in 1748, during the heyday of King Louis XV. Paris City Hall wanted to build an equestrian statue paying tribute to the king. The sculptor Edmé Bouchardon was tasked with making it. But to promote it, the statue would need a site worthy of royalty.

A competition of ideas was set in motion and around 150 plans were submitted: from the right bank to the left bank and the islets, many solutions were put forward. A period of great hesitation followed, which lasted as long as five years! In the end, a vast esplanade to the west of the Tuileries Garden was chosen.

Today, this site seems like an obvious choice. But it was actually a carefully considered spot. First, the land belonged to the king, which limited costs and expropriation required for making the square. Second, the city of Paris was growing fast: many new neighbourhoods were being built to the west, along the Saint-Honoré suburb. Lastly, the square and its architecture formed a true link between the Tuileries Garden and the Champs-Elysées.

There are two other royal squares in Paris: Place Vendôme, paying tribute to King Louis XIV, and Place des Vosges in honour of his father King Louis XIII.

There are also many royal squares throughout France: from Rennes, Reims, Nantes, Bordeaux, Marseille and Lyon to Place Royale du Peyrou in Montpellier and Place Stanislas in Nancy, built in honour of Stanislas Leczynski, King of Poland! 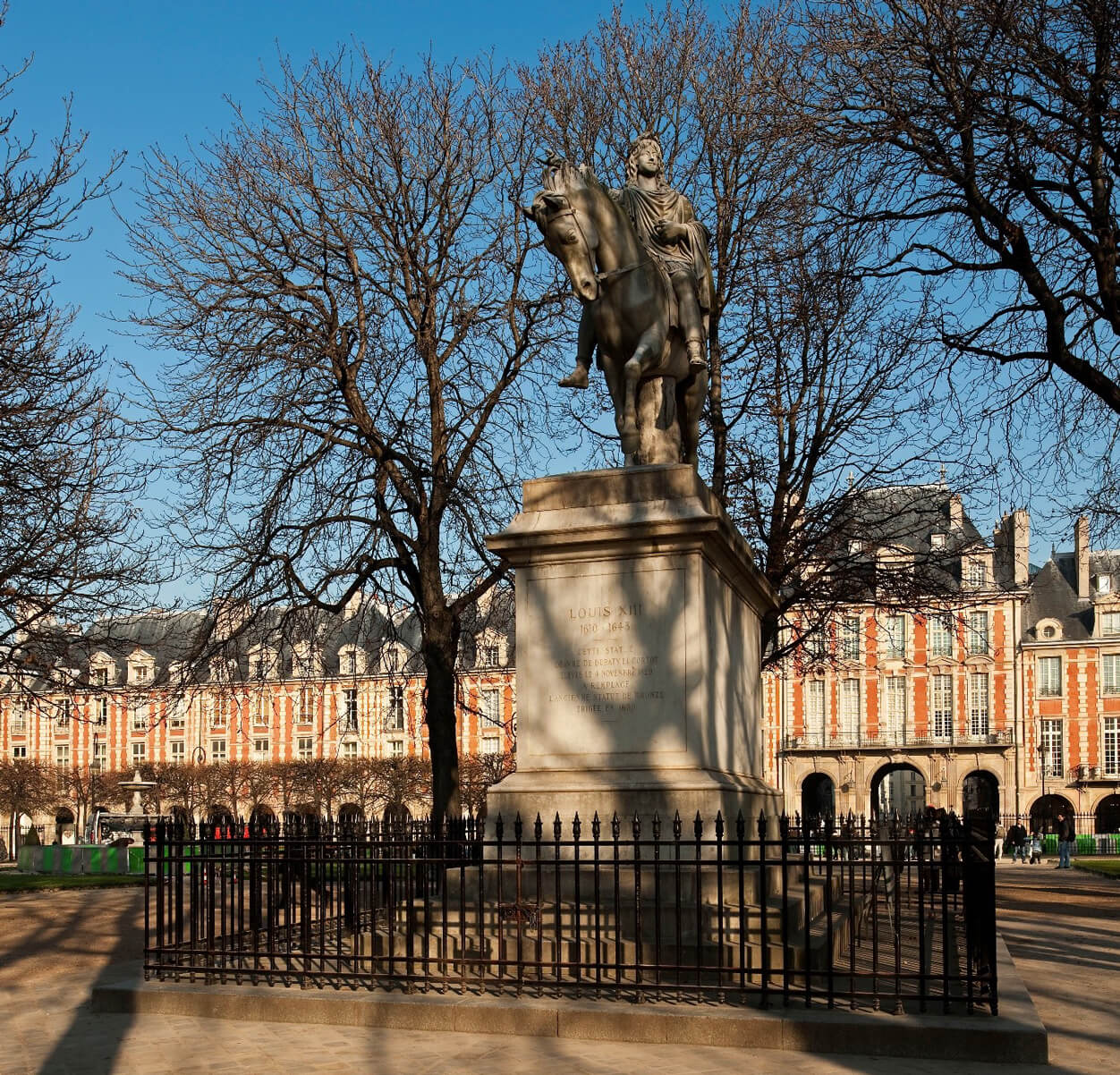 The architecture of Place Louis XV

In 1753, an architecture competition was set in motion to develop the square: 19 plans were submitted by members of the Académie royale d’architecture. They were all registered in an album for the Marquis de Marigny, chief of the king’s buildings. Yet none of the plans pleased King Louis XV. In the end, Ange-Jacques Gabriel, the king’s chief architect, put together the best ideas from these different plans to develop what would become Place Louis XV.

Works began in 1758 but the square was only completed in 1772, 24 years after Paris City Hall expressed its desire to build an equestrian statue of King Louis XV.

The architecture that Gabriel wanted: 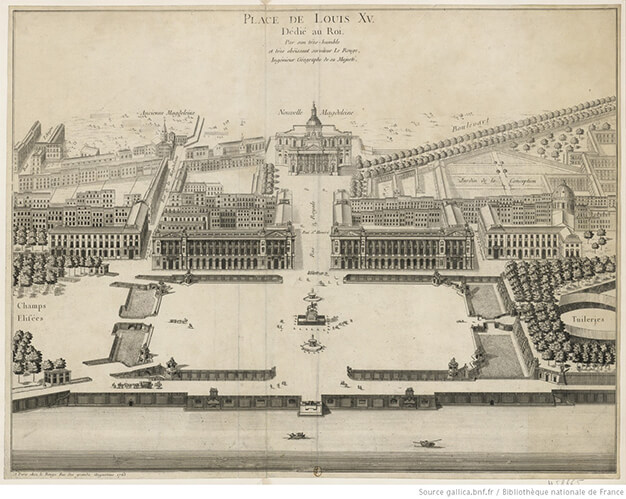 On 30 May 1770, festivities were held to honour the wedding of the dauphin – the eldest son of the King of France, the future King Louis XVI – and Marie-Antoinette of Austria. A ball was planned in the salons of honour of the Garde-Meuble de la Couronne and a firework display would take place for Parisians. But the party turned into a catastrophe! A fire sparked by a stray firework caused panic, triggering a fatal stampede. The party was ruined and the reception cancelled.

The French Revolution, which shook the country from 1789, deeply marked the history of Place Louis XV.

What could be better for removing traces of the Ancien Régime than changing the name of a square made in tribute to a king? On 11 August 1792, Place Louis XV was therefore renamed Place de la Révolution the day after the monarchy had been abolished. For symbolism, the equestrian statue of Louis XV was toppled from its pedestal and sent off to be melted! Between 1793 and 1800, it was replaced with a plaster statue of François-Frédéric Lemot, representing Liberty wearing a Phrygian cap.

The square was where the guillotine was positioned, but it is unclear whether this was because of its location, the symbolism of its name or simply its size. The guillotine was first used here for specific purposes, particularly for executing King Louis XVI on 21 January 1793, then it stayed on the square for the long term. Among the figures sentenced to death and executed on the Place de la Révolution were: King Louis XVI, Marie-Antoinette, Charlotte Corday, Madame du Barry, the last mistress of King Louis XV, Danton and Robespierre.

Out of the 2,498 cases of people guillotined in Paris over the six years of the French Revolution, 1,119 of these executions took place on Place de la Révolution. 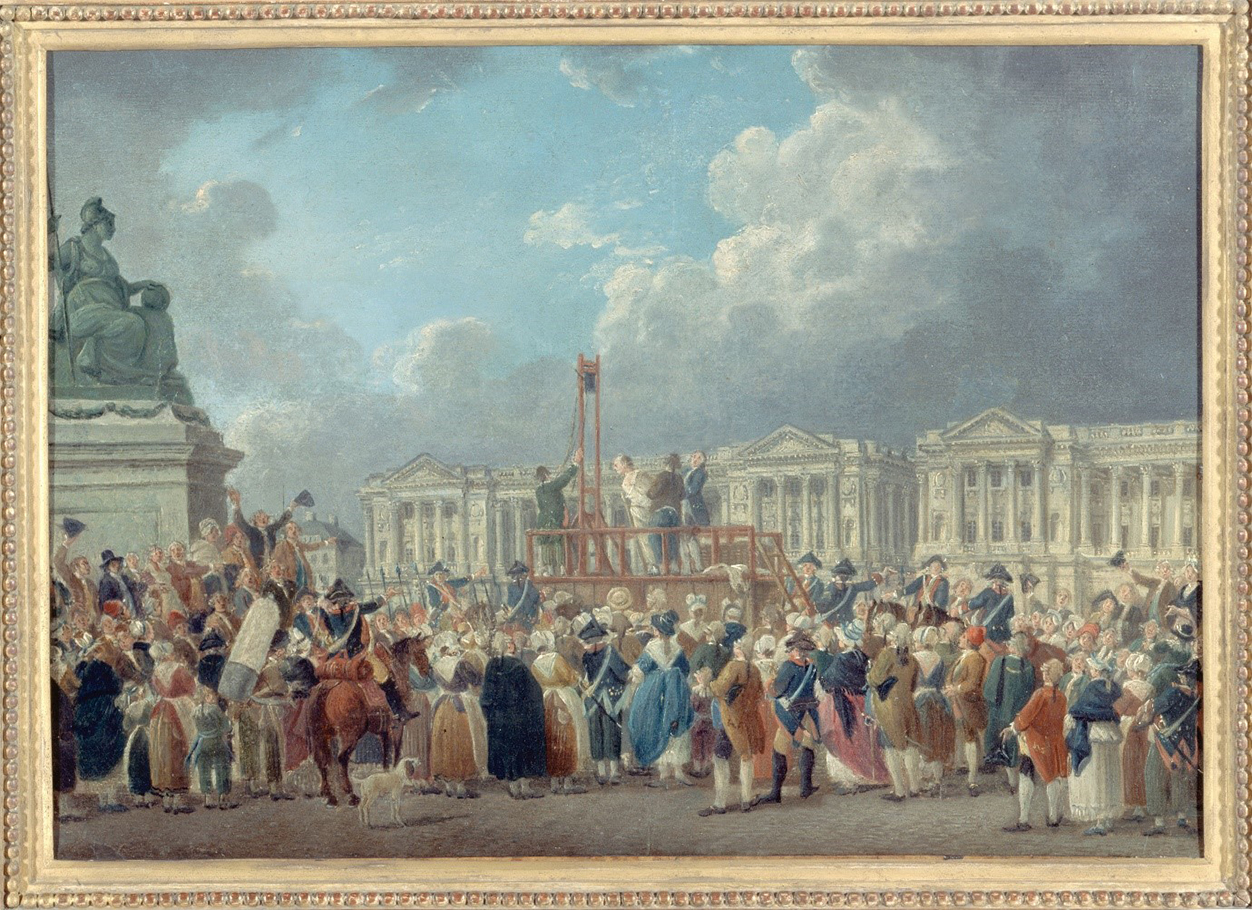 As political regimes changed, so did the name of the square over the first few years of the century. First, it became Place de la Concorde under the French Consulate in 1795, then Place Louis XVI in 1826, an initiative from King Charles X in honour of his late brother. In the end, the square got its definitive name back in 1830: Concorde. This name was not chosen at random. The name concorde, meaning agreement, was intended to herald reconciliation among the French people following the excesses of the Reign of Terror and the political upheavals at the end of the 18th century and start of the 19th century. It therefore underlined the importance of the square in French politics and symbolism at the time.

In 1831, the viceroy of Egypt, Muhammad Ali, gave France one of the obelisks of Luxor Temple in Thebes as a gift and token of gratitude for Champollion’s work on translating hieroglyphics. The obelisk was installed in the middle of Place de la Concorde on 25 October 1836 under the orders of Louis-Philippe, King of the French, who watched the operation from the reception rooms of the Hôtel de la Marine!

From 1836 to 1846, Place de la Concorde underwent its last major transformations through the work of architect Jacques-Ignace Hittorff.

In reference to the navy, which had settled in the edifice of the Garde-Meuble de la Couronne since the start of the French Revolution, the architect added various features around the square:

Place de la Concorde, its fountains and its street lamps on a postcard produced by the store Le Bon Marché

In the 20th and 21st centuries, Place de la Concorde has remained at the heart of Parisian and French life

During the 20th and 21st centuries, Place de la Concorde has continued to bear witness to major events:

With the opening of the Hôtel de la Marine and its courtyard restaurants, Place de la Concorde has reclaimed its central role in the daily life of Parisians!