The 18th century was the age of great maritime discoveries. The French royal navy organised many expeditions to discover the world and its wild, faraway countries. These risky and dangerous voyages around the world still ring in our ears as romantic adventures!

Here we take a tour around the world with two famous French adventurers.

What a character! Jeanne Barret’s story is outstanding for an 18th-century woman: she was the first woman to travel all the way around the world.

In 1768 in Brest, she boarded the ship L'Étoile for an expedition led by Louis-Antoine de Bougainville, as valet for the botanist Philibert Commerson. This was in the era of great explorations, the purpose of which was to discover lands still unknown and to study their fauna and flora. The spirit of Enlightenment, coloured with adventure! 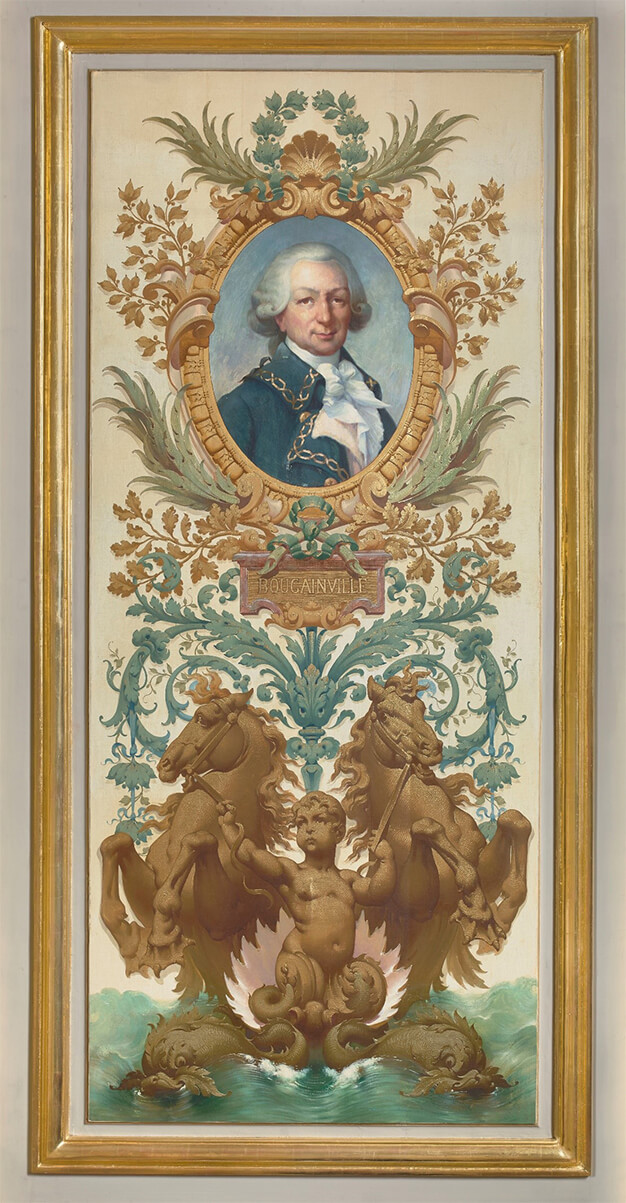 But at the time, women were forbidden from boarding the royal navy’s ships. Sailors were very superstitious: a woman on board brought bad luck. No problem! Jeanne Barret, housekeeper, mistress and assistant of Philibert Commerson, did not hesitate to dress as a man to take part in the expedition. With short hair, a tightly wrapped bust and men’s clothes, she helped Commerson in his search for new species of plants in South America, Tahiti and Mauritius. The pair even discovered a flowering shrub they named in honour of the expedition chief: the bougainvillea.

Unmasked in Tahiti, Jeanne Barret and Commerson were left on Isle de France (Mauritius today) in 1769. Overcome by many health issues, the botanist died there in 1773. Jeanne only got back to France in 1775, which made her the first woman to finish a trip around the world, almost seven years after she left Brest! 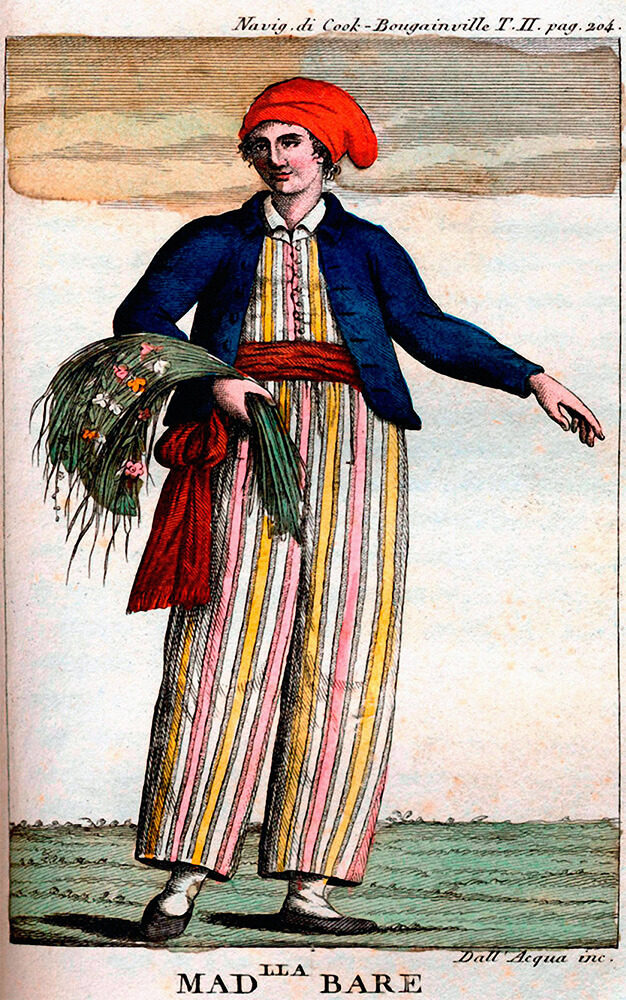 Portrait of Jeanne Barret disguised as a man, the first woman to have sailed all the way around the world in roughly seven years

See the documentary ‘Jeanne Barret, the first women to travel all the way around the world’ Episode from #CulturePrime on France Culture (4 min.)

Jean-François de Galaup, comte de La Pérouse, was without doubt the ultimate 18th-century seaman. Enrolled at a very young age in the French navy, he took part in many naval battles during the Seven Years’ War and the American War of Independence. 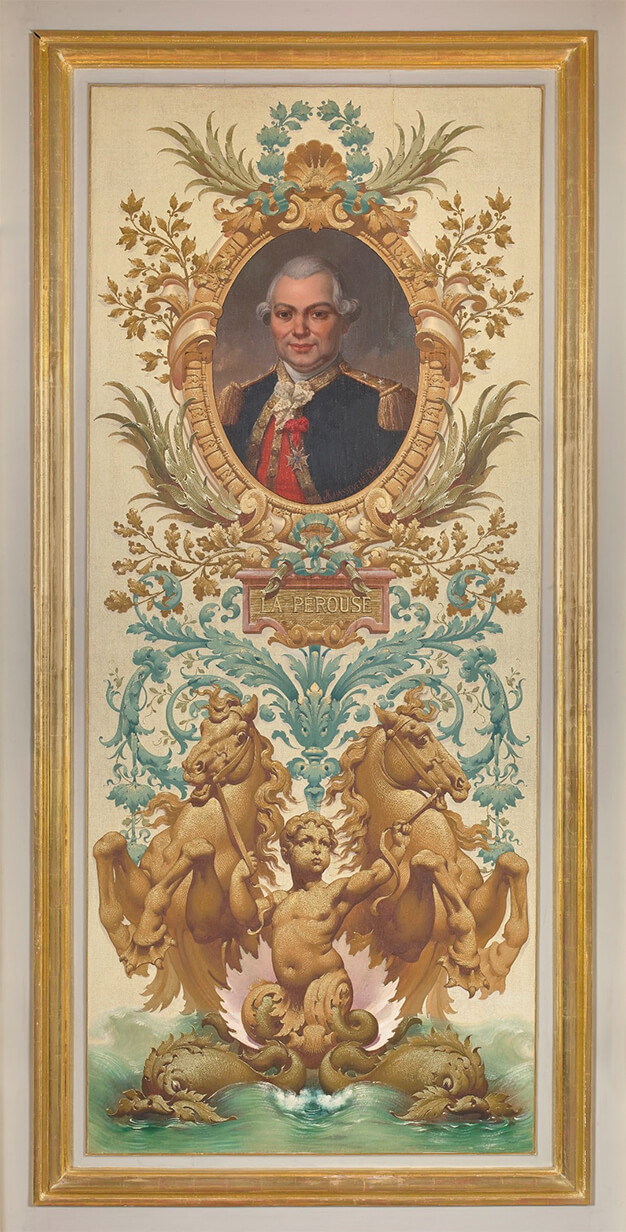 Yet in regard to La Pérouse, history has focused, above all, on the great expedition launched in 1785 upon the request of Louis XVI himself. With a keen interest in science, the King hoped to supplement – and even outdo! – the discoveries of British explorer James Cook in the Pacific.

The comte de La Pérouse set sail to improve French scientific knowledge of the world’s largest ocean with a crew made up of two hundred sailors and many scientists. The challenges that France set itself were huge, covering astronomy, geography, sailing, natural history and even anthropology! For three years, they roamed the South Pacific from north to south and east to west, discovering unknown islands and straits with the two frigates La Boussoleand L'Astrolabe.

Among the places they visited, there were:

The expedition ended tragically in June 1788: the two ships, caught up in a storm, were wrecked off the coast of the Santa Cruz Islands and all the people and goods on board sank. 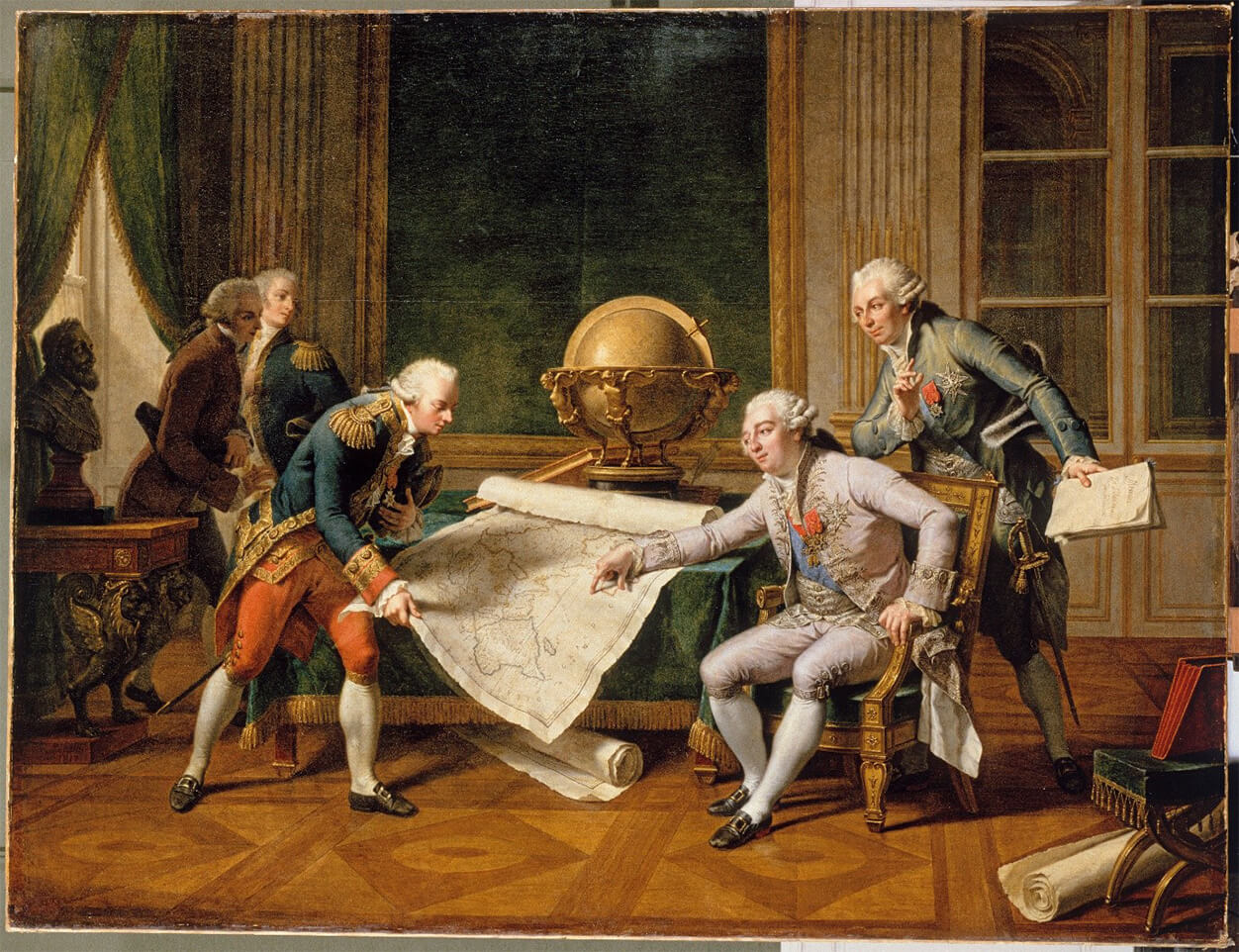 Many mysteries surround this shipwreck. An expedition was launched in 1791 to try to find any survivors. Yet Admiral d'Entrecasteaux, who led the search, found no leads. It was not until 1825 that Jules-Sébastien-César Dumont d'Urville and Peter Dillon discovered the wreck of L'Astrolabe off the coast of Vanikoro, a Pacific island to the north of Vanuatu.

La Boussole, lying a few cable lengths away, in a 15m-deep rift, was not discovered until 1962, almost two centuries after it disappeared. Archaeological excavations, underwater and on the island of Vanikoro, are still under way to fathom the mysteries of this emblematic shipwreck from the great expeditions of the 18th century.